So I’m back. It’s always nice to be back in my own room with my own bed and my own fan. I was sort of sick throughout the trip. I blame the bus liner for its super cold temperature. It was definitely an inhumane kind of cold condition! Anyway, who does that!? Only Isarog and Peñafrancia Bus Lines. UGH!

La Union was kind of bitin at the end because I’ve gotten used to the places around me and then just like that we had to leave. But the days were definitely enough for my liking and sanity, I guess. I did like the artsy restaurants and their foods were not a disappointment. In fact, I think most of the budget went to foodstuff. I think the only activity we did was the hiking, which for the record, took most of our whole day and was the only major thing that I can actually say we did at LU.

Mostly, the trip back and forth was the most time consuming of all. First, it took us 20 hours just to get from Bicol to La Union. Then, it took us 13 hours vice versa. Major hassle, weew. I mean, I suggested bringing a car but they said no. So okay, we had to deal with that one.

So I just got home yesterday morning and I have been feeling uneasy ever since. I don’t know what’s going on or why I am all so antsy all of a sudden. I don’t know. It’s annoying me. As much as I want to feel okay, I can’t. I’m just glad I’m able to write about something now because I’ve been having a staring contest with my laptop since this morning.

Oh well, I’ve posted a few pictures from La Union. There’s not much to see. I took videos mostly but not pictures. Hope you like them! Happy scrollin’.

view from our hostel 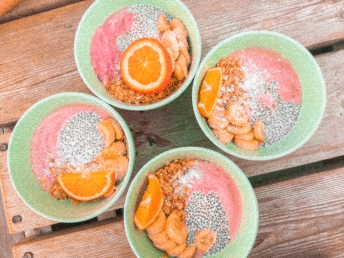